OnePlus brand is all set to begin 2021 with a bang as it aims to initiate production of its TVs in the Indian market early next year. It has already introduced its TVs in the Indian market, which happens among a few Chinese technology giants to launched its new TVs in India. Leading the premium smartphone segment in the June 2019 quarter (Total Shipment), OnePlus is cited for overtaking the television segment too.

OnePlus mobile share was a whopping 43% that leaves its competitors trailing behind. The company made its entry into the Indian market in 2014 and has already gained so much popularity. However, it is hardly astonishing for people who are well acquainted with its wide range of products. The use of smart technology, its performance, and innovation are the key reasons for the popularity of OnePlus.

Product Description: Oneplus is a Chinese brand that is stepping into the TV industry after its overwhelming success in the smartphone market.

This is a 4K UHD Android smart TV by OnePlus. We almost like most of the features of the OnePlus TV brand especially the display. Sound and connectivity are the best features of this TV. However, the HDR content looks too good while SDR seems a little blur from the edges. 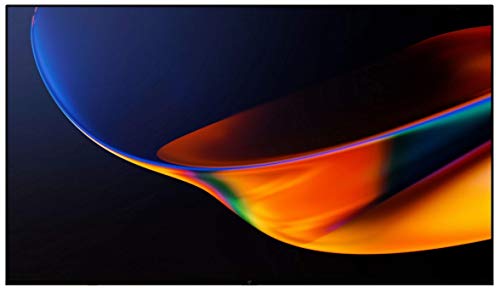 Similar to the appearance of a phone, OnePlus has taken special care of the design of its television, making it hugely striking and attractive.

The TV is sleek and slim in design with beveled edges and an elliptical stand with a chrome finish. There is space provided for the stand so that the television can be attached to a wall or even made to stand on a plane surface. The table stand is known as the OnePlus Dock. Its structure comprises of a long bar acting as a spine of the TV, attached at one point in the base stand. While it is futuristic in its appearance, it makes the TV unstable. The back of the TV features a carbon fiber pattern that is created through complicated steps of grinding and polishing. It is, however, of less utility as the back of the TV is not much we see regularly.

A module is also present for the port connections. The module consists of a cover to protect it from any dust particles. The module has four HDMI ports, two USB ports, an Ethernet port, an AV-in socket for input, and even a TOSLINK port for digital optical audio input and outputs.

Depending on the make and model, there is also a soundbar that can be slid in or out while using the TV. It consists of an 8-speaker set up that is front-facing. This cannot be detached from the TV altogether.

The size of the TV panels ranges from 43 inches to 75 inches, depending on the location of its sale. The screen display technology is both OLED and QLED, depending on the model. The OLED panels consist of the pixels emitting their own light and are also used by Sony and LG. This gives an overall better visual quality. OnePlus sources its OLED panels from LG. The QLED technology is LCD based and has quantum dots emitting light in sync with the LED backlighting. The QLED panels are sourced from Samsung, Hisense, and LCT. In spite of Samsung being the pioneer, Hisense, and LCT also have licensing deals. The QLED panels also boast an NTSC 120% color range. It means that they are capable of producing all the colors of NTSC accurately and even beyond them. It also commands a 96% on the DCI-P3 color range.

The brightness of the screen in standard settings is about 470 nits, which is enough for adequate display in a sunlit room. The brightness has the capability to increase, especially for HDR content, from 550 to 600 nits. Other features like Dolby Vision, Gamma Color Magic, MEMC based frame interpolation, and Adaptive Contrast can be turned on separately in the settings. These settings are turned off in the default settings of the TV.

Gamma Color Magic processor increases the saturation and image quality of the content by recognizing the on-screen content while MEMC works to enhance the display of fast-motion content.

The TV panel is a VA (Vertically Aligned) panel rather than the usual IPS (In-Plane Switching) panel. The VA panel allows for a better contrast ratio and deeper blacks. It also has a faster refresh rate, although the viewing angles are better in IPS panels.

One of the reasons why OnePlus TV is the slightly upper budget is because it uses Dolby Vision HDR. It is a paid licensing HDR technology developed by Dolby, which really brings the display to life.

If you know a little about HDR technology, then you should know that Dolby Vision emits the best contrast ratio with deep blacks. However, the lack of Dolby Vision content makes it used rarely. However, Netflix and Amazon are really pushing Dolby Vision content on their platform. Since Netflix isn’t supported by this TV currently, the only option to watch it is Amazon. OnePlus also promises to make its TV compatible with Netflix in the future.

One point on which OnePlus is adamant is the sound quality, as it is powered by Dolby Atmos for pure cinematic experience at your home. The motorized soundbar is one of its specialties. The sound quality differs from other products due to the presence of eight front-facing speakers. These include two woofers, four full-range drivers, and two tweeters. This setup creates a sound output of about 50 watts. In addition to the excellent sound quality, the soundbar is unlike any other in its structure. When the TV is on standby mode, the soundbar remains covered within its fabricated shell, hidden at the back of the TV.

The real magic happens when the TV is turned on; the soundbar rolls forward and extends towards the screen. The entire movement is impressive and silent too. There is a feature in the television interface to fixate the soundbar in its extended position; you can do this if you are worried wearing out the motors.

Remark: The soundbar rolls are currently available only on the pro version of OnePlus TVs.

The idea of a sleek design for the remote will grab your attention. The elegant design and the minimization are the key aspects here, and let’s be honest, and it does look similar to Apple TV remote. The metal unit is sleek, compact, and long-lasting. A great thing about this remote is the in-built battery, which can last up to three months out of the box. A 10-minute charge provides a 10-hour battery life. You can charge this remote using a USB Type-C charger port.

The quantity of buttons on this remote is kept to a minimum. There is a logo button depicting the OnePlus logo, which is multi-functional in nature. It can act as a power button when pressed usually and has more advanced functions. There are also other buttons such as a google assistant button for voice-initiated commands, a prime video hotkey for amazon prime, a back button for going back in the menu, and an O.K. button, depicted by a circle. Apart from all this, there is also a D-pad for navigations.

OnePlus integrated the idea of phones and created the volume buttons in the form of rockers on the right side of the remote. It appears strange at first, but it gives the remote a fresh look.

When the TV is on standby mode, the logo button will work to start it up. In the long press, the power menu will pop up. You can even put the TV in on mode for your desired time, restart it like a smartphone, and do many other things.

The whole impression of the remote is to make the TV function similar to a smartphone. OnePlus views the TV as the center stage of a smart home in the near future.

There is also a port for USB Type-C on the upper part of the TV, which can be used to connect numerous devices such as an external camera.

The TV supports HDMI CEC, allowing the remote to control other HDMI devices such as Blu-Ray players and streaming dongles such as Chromecast or Amazon Fire TV Stick.

The software interface is just like any other Android television, albeit with a minor addition. The OnePlus connect app allows you to connect your OnePlus phone with your TV without any difficulty.

Since the TV supports Wi-Fi connectivity, the majority of online streaming apps and games can be seen on its home screen. You can also see some pre-installed apps on the interface such as Hotstar, Netflix, Amazon Prime Videos, and more.

A prime feature, OxygenPlay, is the heart of the interface, connecting various streaming services and providing smooth and effortless access to your favorite movies and TV shows from platforms such as Hungama Play, Zee5, and even Eros Now.

The OnePlus TV switches its screen to screen saver mode, showing random photos from ‘Shot on OnePlus.’ These vary from natural scenarios to weather forecasting. You can change the way these photos are displayed and can set your customized pictures.

Another feature is TypeSync. In Android TVs, it is a big hassle to enter any text. You have to use the D-pad for the purpose, moving through a virtual keyboard on the screen. This is a frustrating process. Well, not for long. TypeSync allows you to type any text on your TV using your smartphone.

It was a much-needed feature in a Smart TV and OnePlus TV did it. Just connect your smartphone with your TV and use the TypeSync option.

The overall performance of OnePlus television is remarkable. It adapts easily to different resolutions and even higher frame-rates. When subjected to high quality streaming from Netflix and Amazon Prime videos, the streaming was of high quality, enhancing the visual experience.

When connected to a high-resolution gaming console, the quality was pretty good. It reduced the consumption from backend and optimized the TV for excellent resolution and extensive detailing.

The Dolby Atmos sound quality and the availability of optical audio wiring enhance its audio performance. 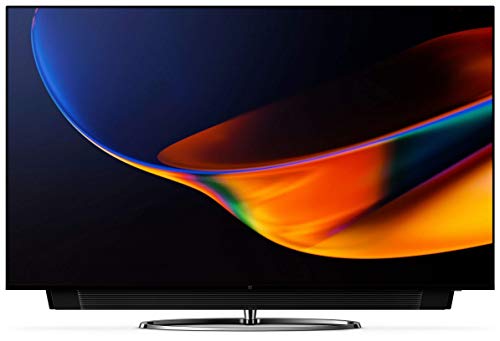 1. Is there any Motion Blur adjustment option?

No, there is no Motion Blur adjustment option; let alone turn it on or off.

Yes, this TV has an in-built Chromecast feature. You can also stream using Amazon Fire Stick, and with this television, your remote can work as a controller for them too. The Ultra HD mode is compatible with these apps.

3. Is there any problem with the OxygenPlay Feature?

We have found no problem with this feature. To ensure its optimum functioning, make sure that the apps which are linked through it must be installed on your television with your subscription account logged in to them. You will also need to buy the subscription separately.

Next: Best TV in India

Up Next: Best Smart TV in India